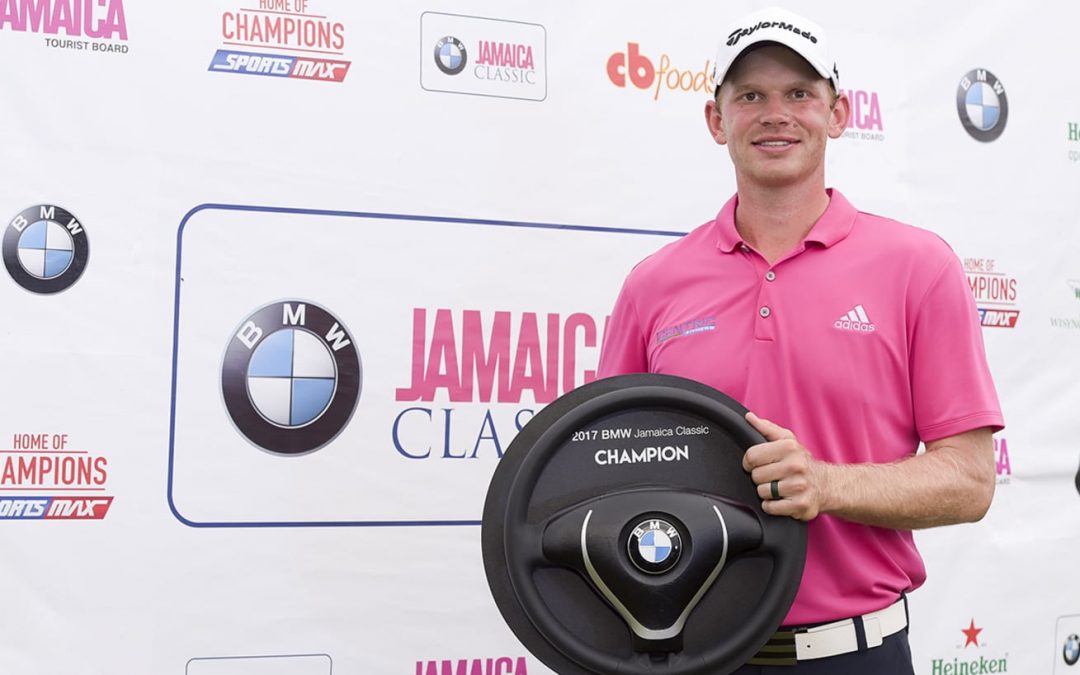 ROSE HALL, St James — A strong field of 144 top golfers from the Americas will begin their quest for honours as the second staging of the BMW Jamaica Classic, the fifth stop on the PGA LatinoAmerica tour, tees off on a resplendent Cinnamon Hills course in Rose Hall today at 7:30 am.

The top 20 players on the tour led by Order of Merit leader American Austin Smotherman will be chasing the US$31,500 first prize from a US$175,000 purse as well as points towards the Order of Merit.

Three Jamaicans, amateur Sean Morris as well as Justin Borrowes and Ian Facey, will line up alongside the overseas players.

Claudio Rivas, a senior manager for PGA LatinoAmerica tour, and Peter Lindo, the tournament director, are both looking forward to an exciting and competitive four days, as long as the weather cooperates.

Persistent rain affected last year’s inaugural staging, but Rivas said if the great weather they have experienced so far holds, it should make for some great scores.

“Hopefully with this beautiful weather we have been having since the start of the week we hope we can keep it for the rest of the week so we can have an event without any interruptions from the weather,” he told the Jamaica Observer.

“All the players have been saying great things about the course, it is playing much better than last year, and our expectations are really high.”

The quality of the field is also much better than last year, Rivas told the Observer, and the top 10 from last year, including the winner Jared Wolfe, have all moved to a higher tour.

“That is how good this field this year is and it gives us a good idea of the standard of the players we have here this week.”

From an organisational standpoint, he said, “Everything has improved and the idea is to keep getting better and better and you can see it in the players, as they are better than last year and the tournament will keep growing. It’s difficult to have a bad tournament after a good one,” he said.

Both Rivas and Lindo used Monday’s qualifying round in which six players from 40 who took part made the cut, led by C J Swift of New Canaan, Connecticut, and Cole Willcox of Philadelphia, Pennsylvania, who both shot 7-under 65 scores.

Lindo, who said he was “cautiously optimistic” about the weather, described Monday’s qualifying as “remarkable”, as there were also two scores of six under par 66 and five under par 67s.

“If we can use that as a barometer we have an excellent group of players here this week, the course is in great shape, the greens are fast and we should have a wonderful four days of competition.”

Rivas would not be drawn on naming any favourites as he said given the depth of the field, it would be hard to single out any one or two players.

However, 41 of the leading 50 players on the Order of Merit are scheduled to play including Ben Polland, winner of the Guatemala Stella Artois Open, and Cristóbal Del Solar, winner of the Abierto OSDE del Centro in Cordoba, Argentina.

Article via The Jamaica Observer